This was perhaps one of the most interesting projects I’ve ever worked on. I had the opportunity to partner with Kevin Dooley, a British inventor with more than 100 utility patents to his name. Kevin was studying the effects of Wind turbines on nearby residents that were susceptible to motion sickness (sensory conflicts). For a two year period I traveled around the province with Kevin presenting at town halls in communities who were fighting big wind.

This was the most technically demanding presentation I’ve ever had to design. Much of what is on these slides are direct from research papers and scientific journals, along with Kevin’s personal research findings. The elephant in the room that I had to get across to people was how a wind turbine could potentially make some people feel sick that lived nearby. Kevin is researching infrasonic (low frequency) barometric pressure fluctuations that come from wind turbines as a cause of sensory conflicts in some people (motion sickness effects). Visually, I designed diagrams that would clearly illustrate how motion sickness happens in some people, and how our sensory system can be effected by infrasonic inputs. It was quite a task. I’ll never forget this one! 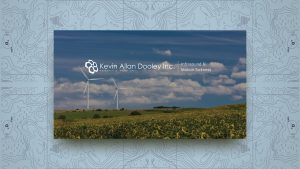 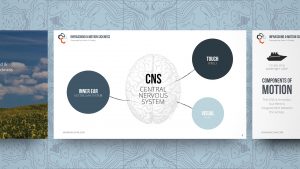 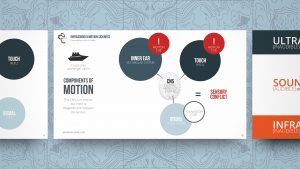 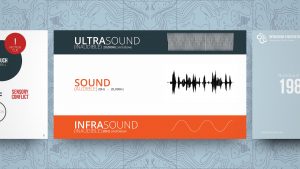 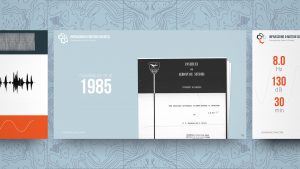 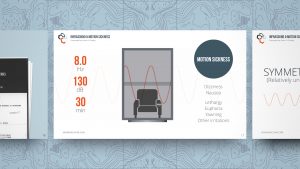 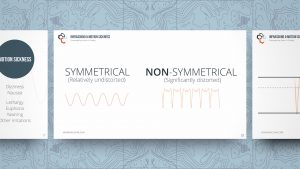 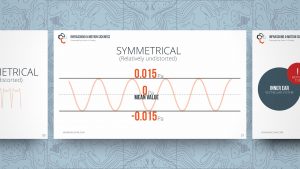 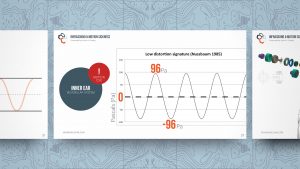 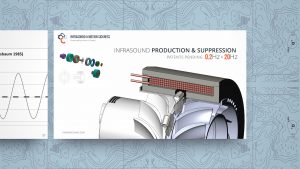 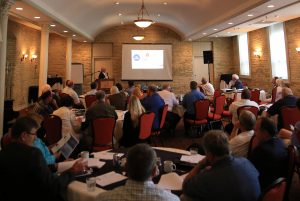